It’s time again for some Star Wars Summer Reads! Or I guess Summer-ish Reads for some of you guys. Anyway, the first Star Wars novel I ever read was a Clone Wars novelization compilation called Grievous Attacks. It was a really fun experience and a great introduction to SW books, so I decided it’d be fun to revisit some classic Rebels season one episodes in junior novel form! Let’s talk about Michael Kogge’s takes on Machine In The Ghost, Art Attack, Entanglement, Property Of Ezra Bridger, Spark Of Rebellion, Droids In Distress, and Rise Of The Old Masters! 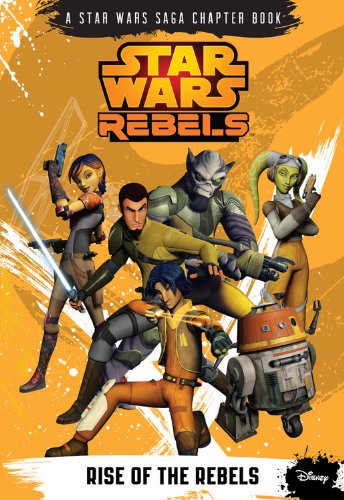 I honestly forgot until I read these how fun novelizations can be. You get to dive further into the story you’ve seen on-screen, learning more little things about the SW galaxy, as well as the chance to delve into what’s going on inside the characters’ heads. Mr. Kogge did an excellent job at this, especially inside of Rise Of The Rebels, the shorts compilation. He writes a lot of depth into these already-deep little stories as we explore different perspectives (like those of Chopper or a stormtrooper), and even adds some nice new lines and moments that compliment the source material rather than overcrowding it. 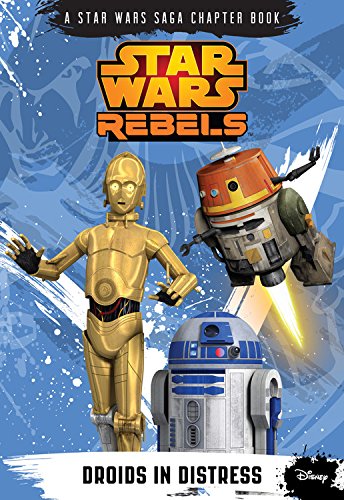 Droids In Distress was a very well done compilation as well, though Spark Of Rebellion suffered a little. But I’m not really complaining; it can’t be easy trying to fit a richly-written 44-minute episode in less than fifty pages! So due to the format, Mr. Kogge was forced to skip over some of the best lines and rush much of the story. But the following novelizations were near-perfection!

Both compilations have hiccups in story compared to the actual episode, but most likely that’s because these were written before the episodes were completed. Doesn’t take away from how much I enjoyed them, though! Of course, half the fun for me was just revisiting these great early episodes! The other half, well… I’ll let you in on a secret: ever since Grievous Attacks, I read all SW books out loud to myself. I just can’t pass up an opportunity to practice my character impressions! I found out reading these that I do a pretty mean Grand Inquisitor 😀

Anyway, if you love SWR and want to explore these stories from a new angle, I totally recommend. And they’re definitely great if you’re new to Star Wars books and need a light, easy introduction. Plus, the Sabine-like graffiti artwork dispersed throughout the books is an epic bonus 🙂

Now, for the fangirl-musings commentary portion of the post.

Contains spoilers from the original Rebels shorts and episodes Spark Of Rebellion, Droids In Distress, and some important elements from the seasons beyond.

I don’t know about you, but I had a ball reading these. I’ll be taking next week off for my birthday, but after that, you should expect some more Star Wars Reads posts to arrive!