Like you, I love finding Star Wars stuff, and sometimes just searching for it makes me happy, even if I don’t find what I’m looking for and move along. You could say it’s the thrill of the chase. Oftentimes, as I comb through Amazon and eBay, I’ll find some pretty cool stuff that I’d never seen or heard of before. So I thought I’d compile a few of the most unique, unusual, and downright cool 3.75s I’ve come upon. And even if you knew about them long before I did, it’s still worth some discussion, don’t you think?
NOTE: Contains spoilers from Episode I, Episode II, Episode III, Episode Iv, and Episode V

(Image Credit: Amazon.com)
The droid’s on fire. Not your average figure amiright? I always loved that moment where R2-D2 shows those bullying buckets of bolts that size matters not… though I’m sure this guy would have differing opinions on the matter. Battle damage features can make for some really fascinating figures! 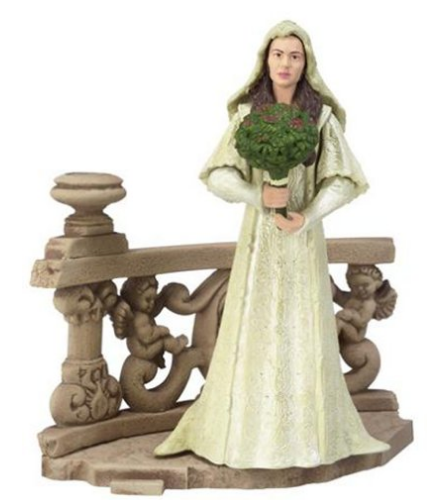 (Image Credit: Amazon.com)
Oh yeah they totally made this, despite it looks like she doesn’t have enough articulation to qualify as an action figure. Still super pretty, with the chunk of the balcony and her gorgeous dress and all. Though I have to wonder why they chose to make her in this dress but not the purple senate gown and shrug, which happens to be one of my most favorite outfits of hers. Someday perhaps… but that’s another story. 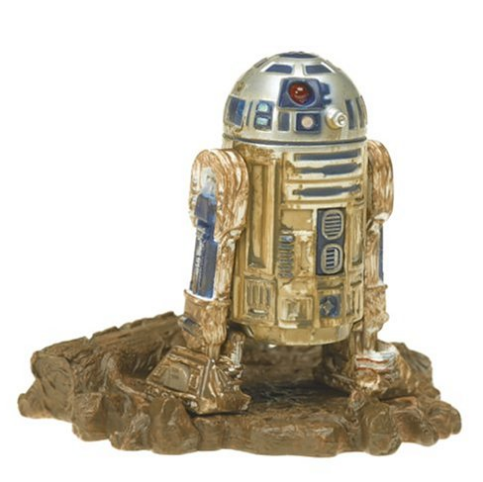 (Image Credit: Amazon.com)
I don’t know if this came out of a deleted scene, a comic book or novel, or what, but it’s all kinds of fascinating. Why black? Why leather? Why blast-shield-down-helmet? OK I guess that last part makes sense, but otherwise it looks like Obi-Wan went through an emo phase at some point XD OK I did just see they made a matching Qui-Gon so I guess there was some purpose to it. Maybe as camo? IDK…

(Image Credit: Amazon.com)
Sorry to throw two Obi-Wans in here but seriously though the stuff they made for the Episode I era is super unique! I suppose it’s not too far from the recent “mission armor” sets they’ve been doing these days, but it’s not just that they gave a regular Obi-Wan extra gear, they gave him this entire new look for a story I’m not sure has ever been told! Gotta love that they wanted to play around with new ideas and new concepts that hadn’t yet been explored. Maybe this eventually inspired TCW down the line? Who knows.

(Image Credit: Amazon.com)
Because duh we want to relive knocking Pondo’s arm clean off. Beyond that, I just love it comes with scenery, like the Padme one. Sure could make for some fun storytelling with just that chunk of the cantina alone!

(Image Credit: Amazon.com)
Don’t mind us, just your average joe takin’ his dog for a walk. Though for the record I kinda really want a massiff. I mean as a figure, not a real one… unless it was properly trained, anyway.

OK so granted, that might not’ve been the most unusual or unique, but I thought they were cool anyway. And there are so so so very many more out there! I guarantee you I’ll find another bunch to blog about in the future! And yes I know this post was pretty lame but hopefully next week’s will be much better.